Burger King is Going Cage-Free, but NOT Pink Slime-Free 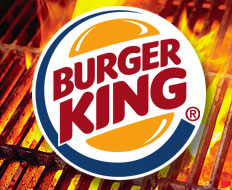 Burger King put out a statement today, pledging to be a cage-free fast food chain.

With all of the Pink Slime and chicken abuse chatter as of late, the company wanted to announce a positive change in their food, stating that ‘all of Burger King’s eggs and pork will come from cage-free chickens and pigs by 2017’, but they did not mention anything about their use of Pink Slime.

The frequent use of Pink Slime in various meat products, came to a head in the media a month ago, when a breaking story came out about a former USDA worker who let the secret out about the USDA’s creation of Pink Slime. The Pink Slime is various ‘leftover’ parts of cows, crushed into a substance, that is used to fill meat products like ground beef, to save money.

Fast food joints like In-N-Out Burger and Wendy’s were proud to announce that they weren’t using Pink Slime to stuff in their burgers, but the other fast food guys who didn’t pipe up, are probably guilty of using the product.