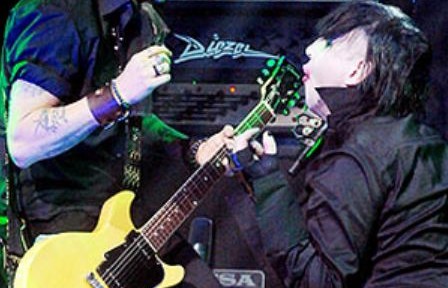 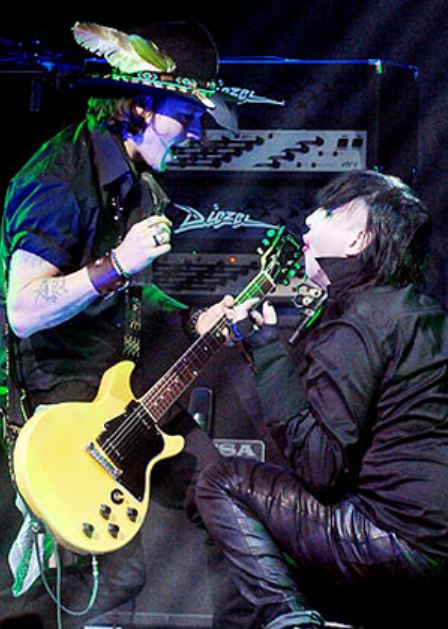 Marilyn Manson, who is best known for his creepy rendition of song “Sweet Dreams” by Annie Lennox, was a musical performer at last night’s “Revolver Magazine Golden Gods Awards” concert at Club Nokia in downtown L.A.

Manson performed a crappy sounding “Sweet Dreams”, and even made actor Johnny Depp play guitar through the whole song. Yep, I said ‘Johnny Depp’. There was no pre-announcement that Depp had anything to do with this show, let alone play guitar for Manson’s band!

It is no surprise that Depp is playing guitar, as he was in a band and was pursing music before his acting career surprisingly took off. Now, Depp is revisiting a dream he had as a teen, 25 years later, and doing it with Marilyn Manson of all people.

Depp also stuck around to play guitar for Manson’s “Beautiful People”, and at that point Manson blew Depp’s cover and shouted to the crowd, “If you don’t recognize my personal friend… my personal savior, my personal guitar hero- Johnny Depp!”

To see the two in action, check out the video below: