Ron Burgundy Is Back.

This guy got arrested for intoxication and didn’t agree with the charges. After pleading his case, he decides to belt out his emotions… through the music of Queen.

Singer Rihanna landed an acting role in the new film “Battleship” that comes out this Summer, and she was chosen to be one of the actors who discussed the film at a recent press junket.

At the press junket, a reporter in the audience, basically asked Rihanna if she was seeing Ashton Kutcher. Incase you didn’t hear, Rihanna was reportedly seen going to Kutcher’s home at 1 a.m. in the morning and leaving at 4 a.m. over the weekend.

When Rihanna responded to the question, some say that the reporter looked ‘dumb’ for asking, but in my opinion Rihanna looked like a ‘disrespectful bitch’ for answering the question so harsh. But that’s no surprise, as Rihanna is known for being a rebellious act.

2012 is so much fun! People are coming together to find the truth that has been buried beneath the rubble for so long, and big corporations are having to listen to the people and make changes for the better!

Starbucks has secretly been using bug guts to color their Strawberry Frapucinnos and Red Velvet Whoopee Pies, until a barista who worked there, found the product ingredient list, and now the secret has become a protest.

These bug guts in the tasty treats, are from a particular bug called the “Cochineal”, also known as ‘carmine’ when turned into dye, has been used all over the world for many years, to dye everything from fabric, to rouge, to meat products. END_OF_DOCUMENT_TOKEN_TO_BE_REPLACED 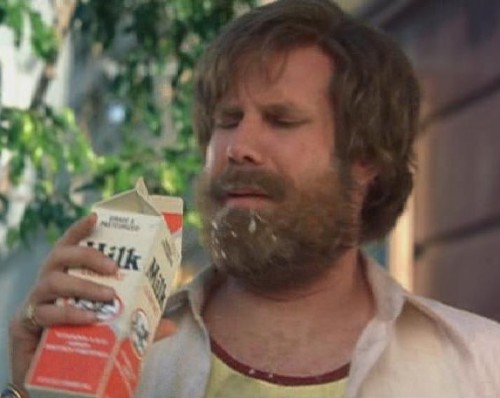 McKay will direct as well as write the script with Will Ferrell who will star again as Ron Burgundy along with the 2004 original’s castmembers Steve Carell and Paul Rudd and David Koechner. Anchorman: The Legend Of Ron Burgundy had been a DreamWorks production but Paramount took over the project after DreamWorks 2.0 departed the studio. In the first movie, Burgundy was the top-rated anchorman in San Diego in the 1970s in the PG13 pic. McKay and Ferrell are still “kicking around ideas” for the sequel, an insider tells me. “We didnt expect a week ago that this thing was going to get greenlit. It’s been alive and dead so many times.” Gee, I used to own the complete set of Anchorman booblehead dolls and finally gave them away because I didn’t think they’d ever be worth anything. Dumb, dumb, dumb!”

END_OF_DOCUMENT_TOKEN_TO_BE_REPLACED

Playmate and former girlfriend to Hugh Hefner- Kendra Wilkinson, just scored some cool points with me, for being honest in her newest interview with People Magazine.

Wilkinson, who was recently paid to show up at a Las Vegas pool party to hang out and look hot, sat down with People Magazine to talk about her famous, yet not-so-famous life.

“I never ever see myself as a celebrity or famous so I poke fun at that, I just say what I do. I have no talent. I have nothing to offer,” Wilkinson said about herself.

She then explains how ‘not having talent’, could possibly end her career, saying, “I live my life on TV – it’s like a home video. I’m very aware of what I do and I’m very aware of how quickly my career could end. Every season I cross my fingers and hope the show gets picked up but it’s out of my hands and in my fans’ hands.”

Kendra was catapulted into fame when she auditioned to Hugh Hefner’s girlfriend in 2005, and made the cut. She was one of Hef’s three girlfriends amongst Holly Madison and Bridget Marquardt on “The Girls Next Door”, that used to air on E!

The whole fiasco started when Justin Bieber tweeted his 19 million Twitter followers to ‘call him now’, with a phone number included, minus the last digit.

The phone number was not Bieber’s at all, as crazy Bieber fans dialed the number and tried digits 0-9 for the last number, and all reached the same person on the other end- an 81-year-old woman!

This woman, who lives in Dallas, Texas, says that she’s about ready to sue Bieber’s ass for tweeting her phone number. The woman, Dilcie Fleming, does not know Bieber, nor does she want his fans calling her phone. Fleming says that the calls became so overwhelming, that she changed her voicemail to say, “This is not Justin Bieber’s phone number. Please do not call again,” Fox News reports.

Fleming may try to sue Bieber, before she pursues changing her phone number.

Why did Bieber tweet her number?! I’m sure he’ll come up with an excuse saying he got hacked like everyone else says!

Star Magazine is reporting that Megan Fox is pregnant, but you HAVE to buy the magazine Thursday to know more! :) Yeah, like we’re really going to buy a magazine!

A ‘source’ close to Megan Fox and her husband Brian Austin Green, apparently told Star the news, saying “They just found out and are incredibly excited.”

But is this true? It is said that women should not reveal that they are pregnant until 3 months along, and we doubt that Fox would break that rule if she were pregnant. Fox doesn’t look pregnant one bit, but she’s been talking about ‘starting a family with Green’ for a couple years now.

Fox has been a stepmother to Green’s first son who he had with ex Vanessa Marcel, so maybe she feels like she wants her own child with Green now.

We thought Fox looked pregnant back in the middle of February, where the photo we found of her looked like she was maternal. This new photo that was taken of Fox 6 days ago, makes her look less pregnant than back in February.

Do you think she looks pregnant in the new photo? We think the photo from Feb. looks more pregnant…

Thanks to Megansafox.com for the new photo. 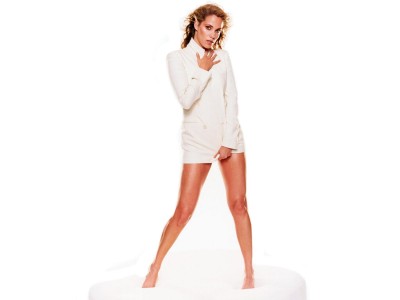