This may be the funniest and dumbest article I’ve read all day! 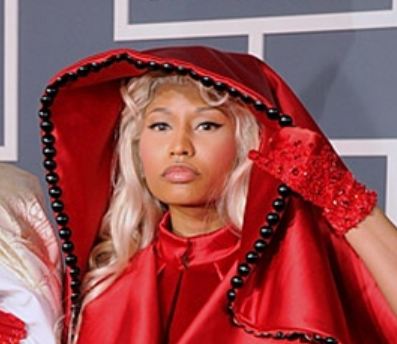 Nicki Minaj claims that the song she performed at the Grammys on Sunday night, “Roman Holiday”, was ‘clever’, and that it ‘wasn’t a no-brainer song’, like a lot of her others.

Minaj even says that the Grammys committee told her to perform Roman Holiday, and that they didn’t want to hear any more of the album because Roman Holiday was the golden egg pick.

She said, “They [Grammys committee] went crazy [over Roman Holiday]. I could have chosen to do a no-brainer pop song, but I can’t do it anymore. I have to stay true to what I’m doing.”

So Minaj thinks Roman Holiday is a real artistic song? That her hits in the recent past are no-brainer pop songs?

When she performed the song at the Grammys, people thought her show was ‘blasphemous’ and even ‘inappropriate’ considering the bad timing with Whitney Houston’s death.

Do you think Roman Holiday is good art, or just bad crap?