Will and Jaden Smith team up with Shyamalan 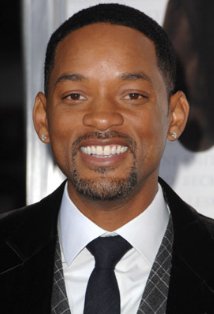 I’m going to take a take a wild guess and say Will Smith didn’t see “The Last Airbender”.

In a test to see if Will Smith truly has the midas touch, the megastar has agreed to star with his son Jaden in a sci-fi film directed by M. Night Shyamalan, according to Columbia Pictures.  The screenplay was co-written by Shyamalan and Gary Whitta (The Book of Eli). The premise has Jaden as an alien boy whose ship crash lands on Earth, a thousand years in the future. The elder Smith will play the boy’s estranged father.

“The chance to make a scary, science-fiction film starring Jaden and Will is my dream project” said Shyamalan.  Hopefully that dream turns out better than the critically and commercially panned “The Last Airbender”.  Shyamalan is due for a comeback and the Smith’s pairing could be the ticket.

Will and Jaden have worked together before in the well-received 2006 “Pursuit of Happyness”. Jaden is coming off a box office smash in the “Karate Kid” remake which has grossed over $350 mil worldwide.