Octomom Doing Reality Show and Gets All 14 Kids Hot Salary

“Octuplet mother Nadya Suleman has signed agreements for each of her 14 children to earn $250 a day to star in a reality television show. 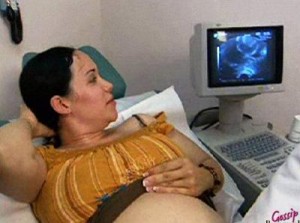 The contracts filed Friday in Los Angeles Superior Court guarantee the children will collectively earn about $250,000 over three years. The contracts require a judge’s approval.

European production company Eyeworks has inked the deal with Suleman. Eyeworks lists “Breaking Bonaduce” and “The Biggest Loser” among its television credits.

The show is slated to begin filming Sept. 1, according to the documents.

The payments outlined in the contracts say Suleman’s kids will collectively earn $125,000 for 36 days of shooting in the first year of production, $75,000 for 21 days in the second year and $50,000 for 14 days in the third year. Any extra shooting days will be compensated at the same rate.

The contract also states that 15 percent of the gross compensation will be deposited by Eyeworks into a “Coogan Trust Account,” as required by California law. The monies can’t be touched until the children turn 18 or become legally emancipated.”