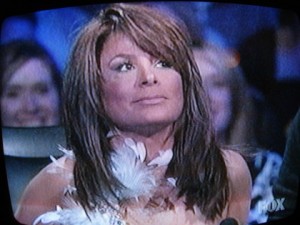 Maybe we all saw it coming, Paula Abdul’s exit from American Idol.  Last season, with the addition of a new judge, it seemed apparent, AI producers were making the cross fade from Abdul to new judge Kara DioGuardi.  That seems more likely than ever now that Abdul still has been offered no new contract.

Adbul’s manager, David Sonenberg, stated to the LA Times, “Very sadly, it does not appear that she’s going to be back on ‘Idol,’” and that’s not all Sonenberg had to say, “I find it under these circumstances particularly unusual; I think unnecessarily hurtful,” he said of the contract holdup. “I find it kind of unconscionable and certainly rude and disrespectful that they haven’t stepped up and said what they want to do.”

Talk about getting the cold shoulder, neither Fox nor 19 ENT. has not even bothered to contact Abdul or her people,  “I have not received any proposal whatsoever.” Said Sonenberg.

Sonenberg seems like he may be feeling the stonewall effect as strong words usually indicate the beginning of the end of negotiations, going as far as threatening that Abdul might produce her own version of American Idol if they don’t hire her back, “She’s not a happy camper as a result of what’s going on. She’s hurt. She’s angry,” Sonenberg said. “I think at this point we’re going to be considering everything, including some kind of a competition show. She has tremendous ideas for a whole variety of shows.”

I saw this coming a country mile, but who knows? With for AI’s ninth season starting Aug. 6, there’s always a chance for an eleventh hour deal.