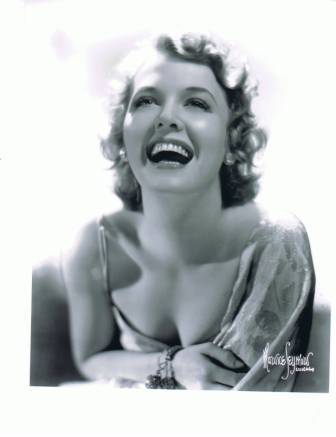 “A relative says Beverly Roberts, who co-starred with Humphrey Bogart in the 1936 film “Two Around the World,” has died. She was 96.”

Looks like Beverly was contracted with Warner Bros. as one of their actresses’ from 1935 to 1940. Within that time, she had a solid 3 years of 22 films released that she acted in! Ahhhh, the days of being a studio contracted actor. Ahhhh…the days of being ‘discovered’ in Hollywood. Her IMDB page says that she was discovered “singing in a New York City nightclub by a Warner Brothers talent scout.”

“After Beverly left Warner Bros. in 1940, she toured the country as a singer with the Dorsey Brothers band.”

“In 1950, she became administrator of “Theater Authority”, a position she held for 25 years.”