On a live radio interview in London today, on BBC’s Radio 1, U2frontmanBonoreportedly called his number one fan,Coldplaysinger Chris Martin, a dysfunctional character, and a cretin. At first Bono delivered the less than flattering blow to Martin’s ego by calling him a wanker, but then apologized because of the live broadcast and downgraded him, or upgraded depending on how you look at it, to a dysfunctional character, and cretin.

I also was driving on the 405 Friday and KROQ reported that Chris Martin is tired of being the media target. He wants his other bandmates to put on crazy clothes and do crazy things to attract attention.

This begs us to ask the question…what do the other band members look like? I’m a fan and I don’t even know. Let us refresh our memories: 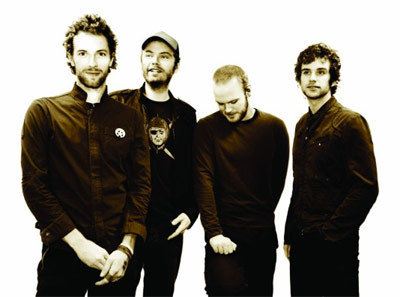