“Jackass” star Johnny Knoxville was detained this morning at LAX airport forcarrying a Grenade! TMZ happened to be there filming Johnny! 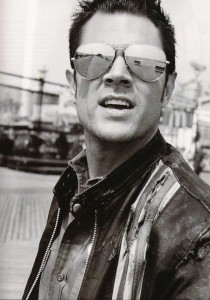 While Johnny was going through detectors and X-rays, security screeners saw something suspicious in his bag. They found a Grenade, which luckily, happened to be FAKE. Phew!

They cited him for carrying a “prohibited item”into the airport. Fake weapons are NOT allowed in airports ya’ll!!!