Jaime Pressly and Her Fiance Split 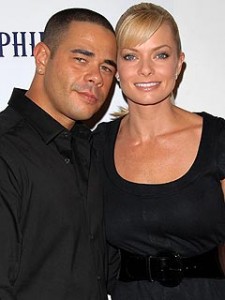 Jaime Pressly and fiance, Eric Cubiche, who are parents to a 1 ½-year-old son, have separated, the My Name is Earl star reveals.

“We are taking a break from our relationship but we are together every day with Dezi and still love each other very much,” the actress tells Access Hollywood’s Nancy O’Dell.

The couple, who welcomed their son, Dezi James, in May 2007, plan to “remain close friends as we both adore our son and want to make sure he knows we both love him more than life,” Pressly adds.

Pressly, 31, and Cubiche, 33, were friends for more than nine years and dated for a year and a half before getting engaged in October, 2006.

Earlier this year, Pressly said they had no immediate plans to marry becayse she didn’t want to “go through the rigmarole of throwing a big wedding.”