Los Angeles (E! Online) – From the looks of it, there’s not much clowning around in Britney Spears’ Circus…despite the “Come on, come all!” lettering and primary-color palette.

Here lies the cover of the pop princess’ sixth studio album, which boasts the No. 1 single “Womanizer” as its first track and will almost certainly help the reinvigorated songstress start her 27th year off right when it drops Dec. 2 amid birthday wishes and intense scrutiny. 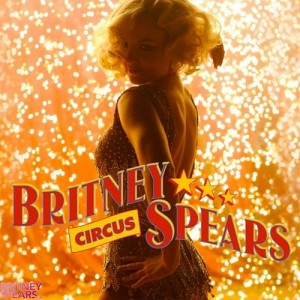 And with song titles like “Lace and Leather” and “Kill the Lights,” it appears as if the video for “Womanizer” barely scratched the surface of the kind of sexcapades Britney’s all up into now.

Coming on the heels of the record-breaking, chart-topping single—which gave Spears the biggest digital debut of any female artist since Nielsen SoundScan started keeping track—Zomba Label Group has revealed that Circus’ title track will be the next single released to whet your appetite for the main event.

Check out the complete track list and decide whether you’re planning to partake in Brit’s big-top adventure: 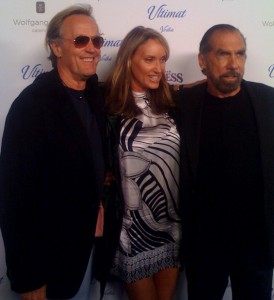 LOS ANGELES – Jurors on Thursday got to see the paparazzo suing Keanu Reeves in action.

Reeves’ attorneys played a video Thursday from Alison Silva’s Web site that showed Silva using his supposedly damaged left hand to hold onto razor wire atop a fence to shoot video of Britney Spears. Silva then used his left hand to scale down the fence.

The video was made after Silva fell while shooting photos of Reeves behind the wheel of his Porsche in March 2007. Silva contends he seriously injured his wrist, which caused him to miss work for at least six months. He furthers contends he needs a second surgery to properly heal.

Even then, the Brazilian-born paparazzo and his doctors contend he will not be able to grip objects, such as his camera, properly.

After the video was shown Thursday, Silva, who has spent part of the last three days on the witness stand, was unapologetic.

“That was a good video,” he told Reeves’ attorney, Mark M. Williams.

Silva contended Thursday that he has given up shooting with a still camera and now exclusively uses a handheld video camera with his right hand.

And he still climbs fences, he conceded. “Yes, we do that a lot times,” Silva said.

Silva’s statements have been repeatedly contradicted by documents and testimony since the civil trial began Monday. A deputy and paramedics have testified that Silva complained of pain in his left knee moments after he claims Reeves struck him with his car, but Silva testified it was his right knee that was hit.

He also said on the stand that he could not remember giving different statements to doctors, deputies and witnesses about what happens. He insists Reeves’ car hit him, although a Los Angeles County Sheriff deputy testified Thursday that neither Silva nor Reeves’ sports car bore any marks indicating a collision.

Williams also on Thursday got Silva to acknowledge that he had no records to back up his statements that he was earning between $4,000 to $6,000 a month before the incident with Reeves.

The star of “Speed,” the “Matrix” trilogy and the upcoming remake of “The Day the Earth Stood Still,” has remained in the courtroom throughout the trial, occasionally conferring with his lawyers.

Jurors are expected to begin deliberating on the case Friday afternoon.

Gwen Stefani at Chin Chin with the family.