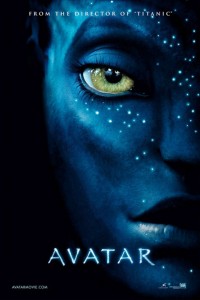 We knew it! When we dished out the money to see Avatar at the theater, and see it in 3-D, we knew it was going huge! ‘HUGE’ like over 1 Billion $$$ made in ticket sales HUGE.

Congratulations to  James Cameron and the gamblers for betting 300 Million-something dollars on making the film, and getting a hefty return on the deal!

Winning the titles “2nd biggest movie ever in North America” and “5th highest gross film worldwide”, I’d say James Cameron and the gamblers are waking up with big smiles every day

Avatar in 3D was truly a mind-blowing experience. See it in 3-D asap!

Ben Stiller is moving his production company “Red Hour” from DreamWorks to 20th Century Fox! And in classic Stiller fashion he produced this video to memorialize his exit!