Wes Scantlin got arrested! At the airport in Austin Texas! After getting in a fight with a flight attendant! 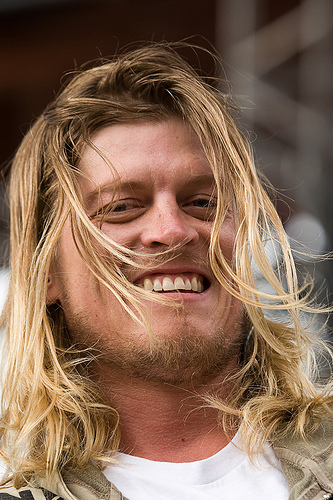 Puddle of Mudd singer Wes Scantlin was just arrested at an Austin, TX airport for allegedly becoming drunkenly combative with a flight attendant while in the air.

According to the Austin PD, Scantlin got into a verbal argument with a flight attendant over alcohol. It’s unclear exactly what provoked the argument, but a source with airport security says Scantlin was upset because the flight crew wouldn’t sell him booze.

Scantlin’s flight was originally bound for L.A. but was re-routed to Bergstrom International Airport in Austin for an emergency stop, where Scantlin was booted from the plane.

A rep for the Austin PD tells us, Scantlin was arrested and booked for public intoxication, but he could also later face federal charges of interfering with a flight crew.

FYI — Scantlin pled “guilty” to felony cocaine possession in July, but the judge agreed to clear his record in 18 months so long as Scantlin obeys all laws … a condition Scantlin may just have violated.