Two firefighters are in critical condition, one in extra critical, after being ambushed in a Maryland suburb of Washington, D.C.

Firefighters were responding to a welfare check at a single-family home in Temple Hills when they were shot as they approached the dwelling Friday night. Prince George’s County Fire/EMS spokesman Mark Brady said details of the shooting are unclear and one other person, thought to be a civilian, was also shot. One of the firefighters was flown to a shock trauma center. END_OF_DOCUMENT_TOKEN_TO_BE_REPLACED 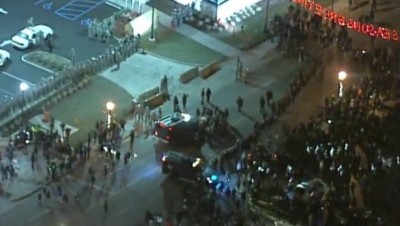