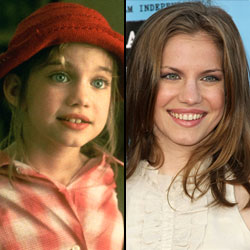 Anna as 'Vada' on left