David Gest, record producer and TV personality who had just appeared in Celebrity Big Brother house in January this year, has been found dead in a London Four Seasons hotel. Gest was also former husband of Liza Minnelli.

Gest, 62, died at the posh hotel located in Canary Wharf today. He was scheduled to play 24 dates across the UK alongside Dina Carroll, Russell Thompkins, Jr. and Freda Payne. A statement from the Metropolitan Police said: “Police were called at 10:17hrs on Tuesday 12 April to the Four Seasons hotel, in Westferry Circus, E14, to reports of an unexplained death of a man in his 60s END_OF_DOCUMENT_TOKEN_TO_BE_REPLACED

Marvel the odd shaped WALKIE Talkie, A skyscraper located in the UK that is causing extensive damage to anything exposed to its wrath of refraction of the sun’s rays onto the street below! One of the building’s victims was a Jaguar XJ parked on a nearby street! 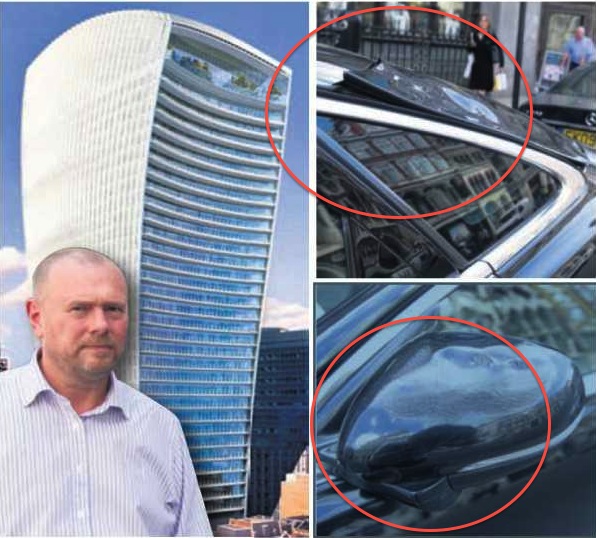 END_OF_DOCUMENT_TOKEN_TO_BE_REPLACED

LONDON, ENGLAND – DECEMBER 01: Heather Kerzner struts down the red carpet on her way to attend the Dickensian Ball at Harrods. Moments before the carpet was under a blanket of snow. Extreme winter weather is gripping much of Europe and as these pictures illustrate, not even the red carpet is safe from the wacky weather!