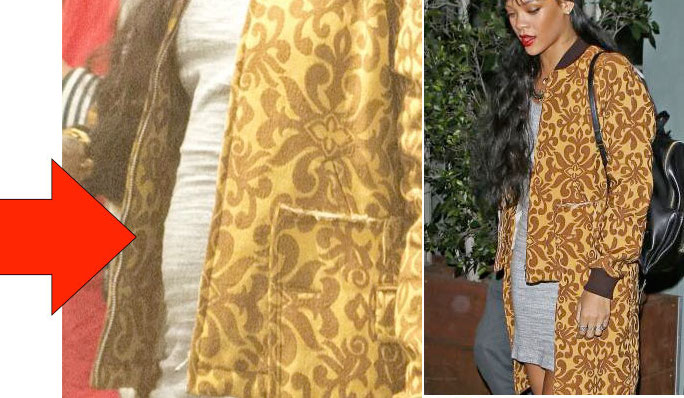 Here’s Rihanna appearing at Kadooment Day in Barbados giving some random old dude the thrill of his very long life.. 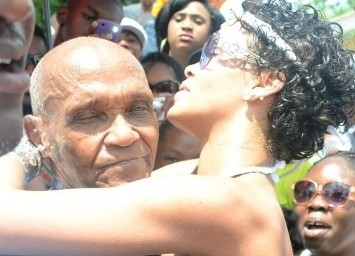 END_OF_DOCUMENT_TOKEN_TO_BE_REPLACED

Rihanna LOVES to party! And it does not matter what day of the week it is! Or who she is going out with! Or whether or not the night sky is black and the day sky is blue! Just another reason to kill some more brain cells!

This is Riri blunt smoking at Greystone Manor nightclub where the singer arrived at around 1am with her entourage.

Proof that when you done good, you done good – and Rihanna just done real good – $1.75 million worth of good going to the Barbados Children’s Hospital in memory of her grandma… 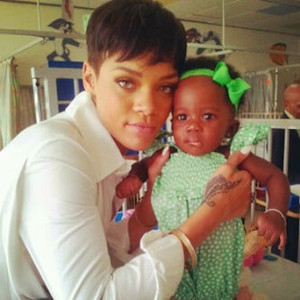 Rihanna is getting into the holiday spirit by donating $1.75 million dollars to a Barbados hospital in memory of her dear Gran Gran Dolly.

Rihanna broke the news of her grandmother Clara “Dolly” Braithwaite’s death back in June via Twitter: “Goodbye#grangranDOLLY get your beauty rest until I see you.”

The singer visited the hospital Saturday with her mother Monica Fenty and Dolly’s husband Lionel alongside her.

The 24-year-old’s generous donation, which led to the radiotherapy department at Queen Elizabeth Hospital in Bridgetown to be renamed the Clara Braithwaite Centre for Oncology and Nuclear Medicine, has paid for vital pieces of equipment.

In a statement to E! News, the singer said, “This was my way of giving back to Barbados, in a form of philanthropy, by assisting the QEH in its continued modernization program…I believe that this will have a huge impact on the people of Barbados. This was all done to save lives or at least extend them.”

Rihanna also got a tattoo of her late grandmother’s name across her chest after Dolly lost her battle to cancer.

Respected gossip website, SandraRose.com is reporting Rihanna is pregnant! And guess who they say the baby daddy is! I’ll give you a hint, his initials are C.B. and it is not Charlie Brown!

Pregnant singer Rihanna arrived at a Los Angeles recording studio at 2 a.m. wearing sweats and using her Gucci handbag to cover her tummy. 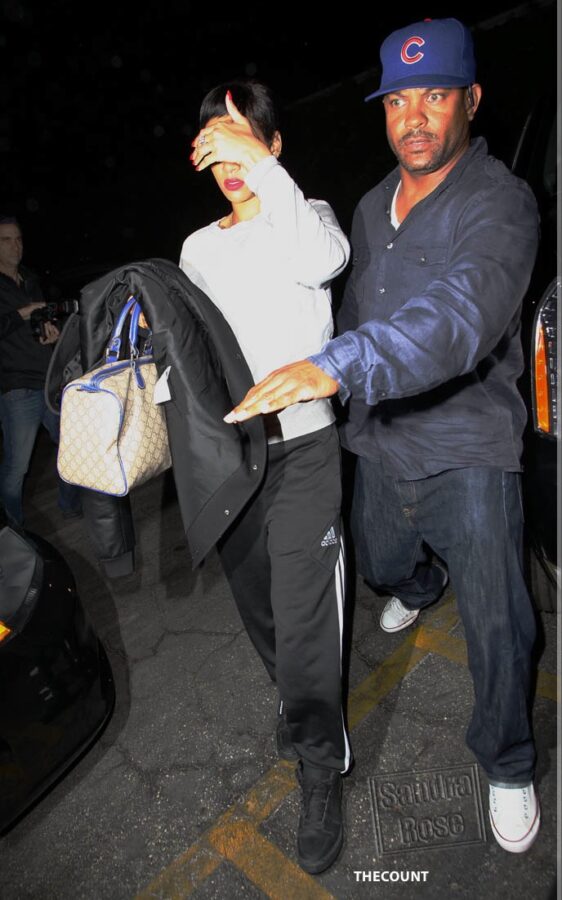 So far Rihanna and her camp have been tight-lipped about Rihanna’s bun in the oven — and for good reason. RiRi is reportedly very upset that word leaked about her pregnancy. She had planned to announce her pregnancy as part of the promotion for her new album. But those plans have been scrapped.

Instead, she and the baby’s father, Chris Brown, will make a “special announcement” after the album drops.
Meanwhile, I’m told that preparations are being made in LA and Barbados for the baby’s arrival. Rihanna’s family will care for the newborn when RiRi goes back out on the road. 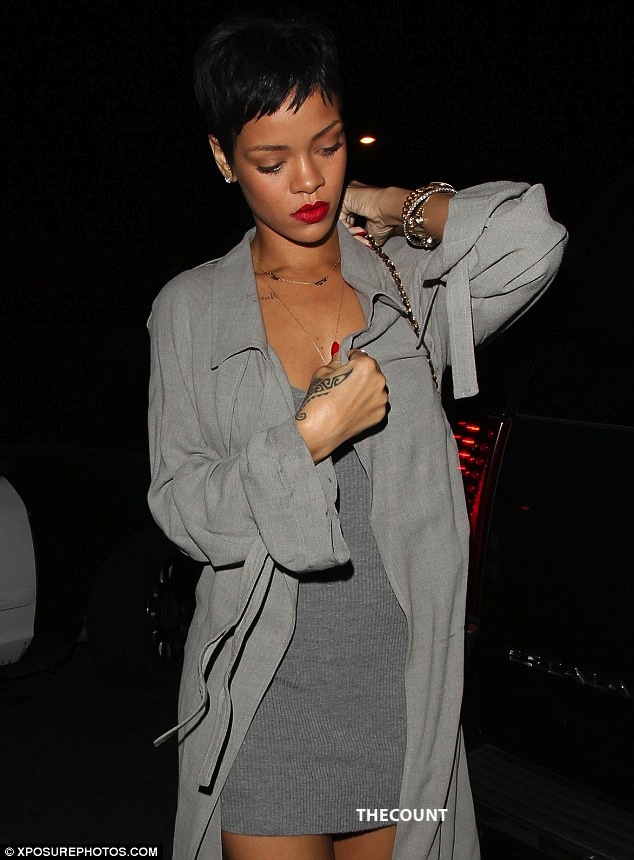 A close source to the island beauty told Urban Islandz that Chris Brown may have gotten her knocked up during their year long affair behind Karrueche’s back.

“Everyone in our circle is speculating because all of a sudden she stop drinking and smoking and a host of other things,” the source said.

“She be getting a lil sick so everyone is making fun of her saying ‘gal ur f*kn knocked up,’” the source added
Rihanna’s next album, Unapologetic, is set for a Nov. 19 release.

Did you just see Rihanna in this movie preview for “Battleship”???

Pretty sure I just saw her and heard her accent. Will she be a good actress? We’ll see in Summer 2012…

Talking through the press to Rihanna, her father stated to a Sunday newspaper, “all I have been seeing is the Internet reports. I am waiting on her to call me.” The sad dad said.

Ronald Fenty, Rihanna’s dad also said he has recently been misquoted in the press. 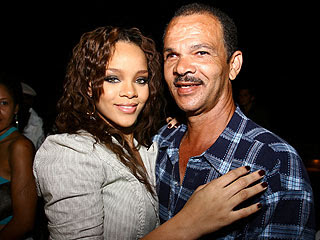 I don’t know how people do things in Rihanna’s native Barbados, but around these parts, you gotta drop a dime on your papa! I bet you anything Chris Brown has called his mama!