Hasna Ait Boulahcen, 26, blew herself to pieces during the siege of Saint Denis after anti-terror police closed in on the safe house where she was hiding with her cousin END_OF_DOCUMENT_TOKEN_TO_BE_REPLACED

The Malaysia Airlines website was hacked by a group claiming be aligned with the Islamic State extremist group, Lizard Squad. 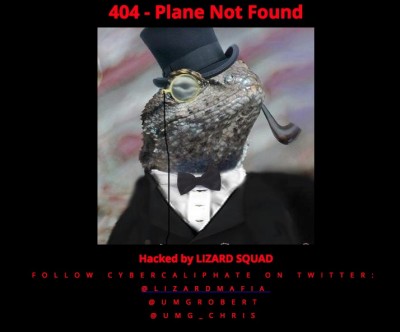 The browser window of the website, www.malaysiaairlines.com, said “ISIS WILL PREVAIL” and the airline’s ticket booking and other services were unavailable. Instead, a full-screen picture of a Malaysia Airlines Airbus Group NV. END_OF_DOCUMENT_TOKEN_TO_BE_REPLACED