Griner remains in Russian custody following her arrest at a Russian airport earlier this year. 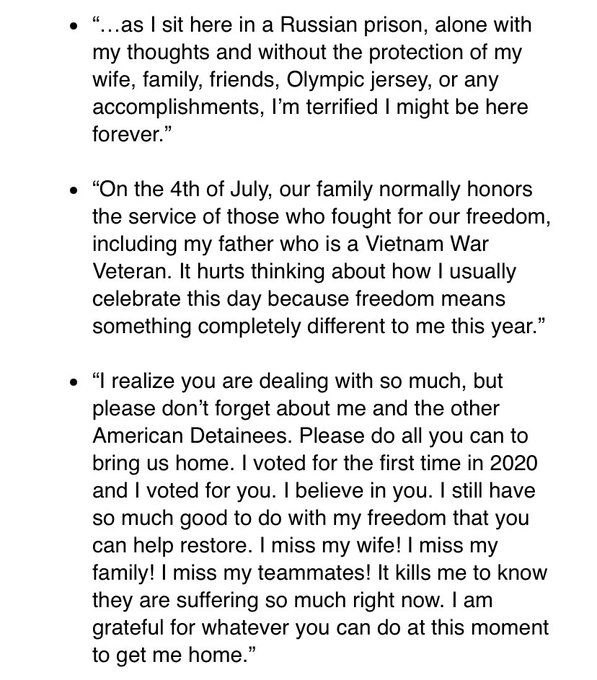 Griner allegedly possessed hash oil in a vape cartridge when she was arrested at a Russian airport. She has been hold-up in Russian custody ever since.

NEW: A letter from Brittney Griner was sent to the White House today, making a direct appeal to President Biden for her freedom. Representatives shared the following excerpts: pic.twitter.com/pvh4IpOfou