It is unknown as to how many people occupied the building at the time of the blast.

Photos from the scene show the hotel suffered major damage in the blast Friday morning. 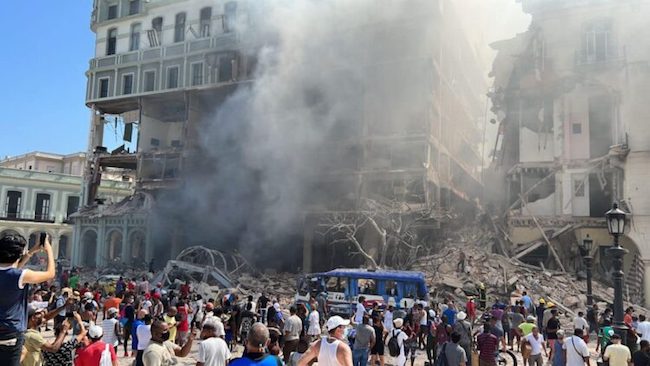 According to cubanet, witnesses said the blast felt like a bomb. Sources speculate about a possible attack with explosives.

Cuza, activist and human rights defender, assures that there are still people trapped in the Hotel, who are still being pulled out of the rubble. The activist, who narrated what is happening in real time, explains that ambulances and fire trucks continue to arrive, but that it is too late because many people have not yet been rescued.