In the statement, Brown refutes certain events as told by Bucs head coach Bruce Arians since Sunday’s game, including Arians’ assertion that his conversation with Brown on the sideline was not related to his ankle injury. 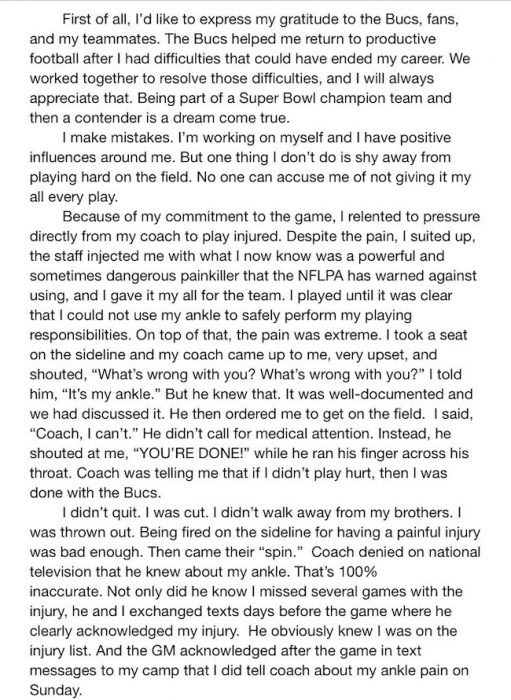 AB claims the injury is severe enough to require surgery, adding it prevented him from being able to finish Sunday’s game.

After the game, Coach Arians said that Brown was “no longer a member of the team,” though the Bucs have yet to formally release him.