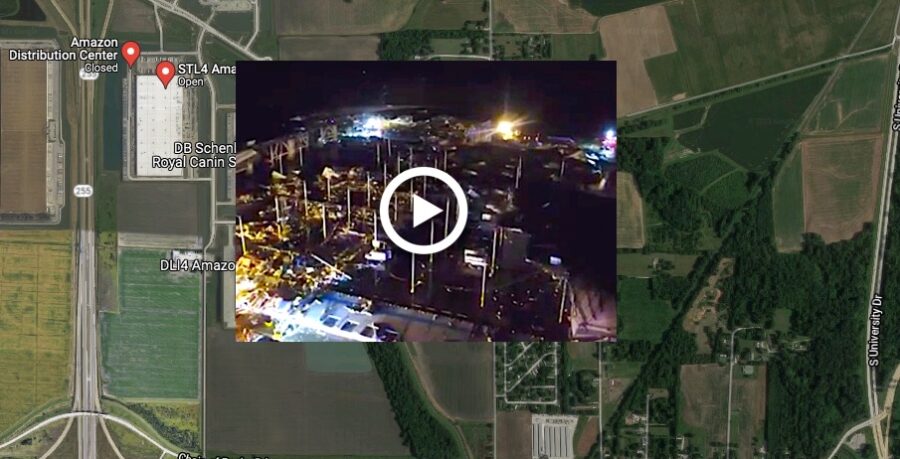 Multiple workers remain trapped at the Amazon warehouse in Edwardsville, Illinois, following a massive structural collapse Friday night, according to authorities. There are reports that there could be 50-100 people inside the building.

At least two people have been confirmed dead with dozens more remaining missing.

Governor Andy Beshear said, “We have deaths in multiple counties. This is one of the toughest nights in Kentucky’s history,” reports TMZ.

An Amazon warehouse in Edwardsville, Illinois, has experienced a major structural collapse Friday night, according to reports.

Severe weather has been moving through the area, including a confirmed tornado that touched down in Edwardsville around 8:30 p.m., according to Fox2Now.

Rescues crews from multiple agencies have responded to the scene.