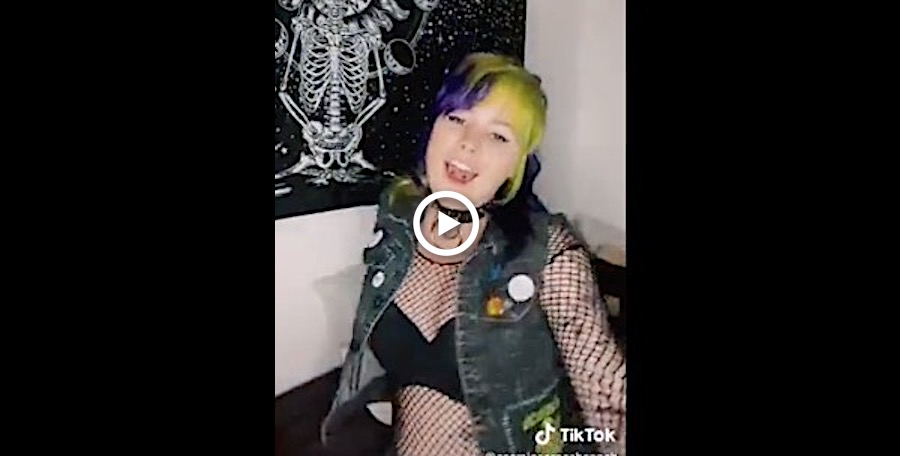 SANTE FE COUNTY, NM. (THECOUNT) — According to social media, the Armorer, Hannah Gutierrez-Reed, who was tasked with handling firearms on the set of Rust, is now going viral over a Tik Tok video she previously posted.

“Meet 24 yr-old Armorer Hannah Gutierrez-Reed who was in charge of the arms on the Baldwin set.
Seems a nice, mature-for-her-age gal,” wrote Teresa AnnMarie @TeresaFreeThink on Twitter.

Meet 24 yr-old Armorer Hannah Gutierrez-Reed who was in charge of the arms on the Baldwin set.
Seems a nice, mature-for-her-age gal. 🙄#HireTrashGetTrashywork pic.twitter.com/kcvRK8vm7K

This is the woman who was in charge of Alex Baldwin’s gun pic.twitter.com/UEGKohng5B

Her Twitter was also full of occult iconography https://t.co/qWnuuXZG2I

The Santa Fe County Sheriff’s office confirmed that actor Alec Baldwin discharged a prop weapon on the set of “Rust,” a western being filmed near Sante Fe, New Mexico.

Halyna Hutchins, the flick’s cinematographer, was shot dead during the incident that occurred Thursday afternoon. The director of the movie, Joel Souza, was wounded in the shooting and remains hospitalized.

We are now learning that shortly before Baldwin fatally shot Hutchins, a half-dozen camera crew workers, including Hutchins, walked off the set to protest working conditions.

The camera operators and their assistants were frustrated by the conditions surrounding the low-budget film, including complaints of long hours and pay, according to three people familiar with the matter who were not authorized to comment.

The camera crew showed up for work as expected at 6:30 a.m. Thursday and began gathering up their gear and personal belongings to leave, one knowledgeable crew member told the Los Angeles Times.

Labor trouble had been brewing for days on the dusty set at the Bonanza Creek Ranch near Santa Fe, reports LATimes.

According to reports, Baldwin, 63, confirmed there was an accident involving the misfire of a prop gun that was supposed to be loaded with blanks. The shooting occurred at the Bonanza Creek Ranch around 2 p.m. Thursday.

The ranch is located at, Bonanza Creek Ln in Santa Fe.

Santa Fe County Sheriff’s spokesman Juan Rios said detectives were investigating what type of projectile was discharged and how.

No charges have yet been filed.

Hutchins, 42, was airlifted to the University of New Mexico Hospital, where she was pronounced dead by medical personnel of gunshot injuries.

Souza, 48, was transported to an area hospital where he is undergoing treatment.

Bonanza Creek Ranch has been used in dozens of films, including the recent Tom Hanks Western “News of the World.”