LOS ANGELES, CA. (THECOUNT) — Salma Hayek has been sharing bikini selfies on her Instagram as of late and at 54 years old, the actress says the experience has been “liberating.”

According to Hayek, the series of IG bikini pics were all shot the first week of a 2020 vacation, “I had to lose a lot of weight and exercise to get into the bikini towards the end of last year.” 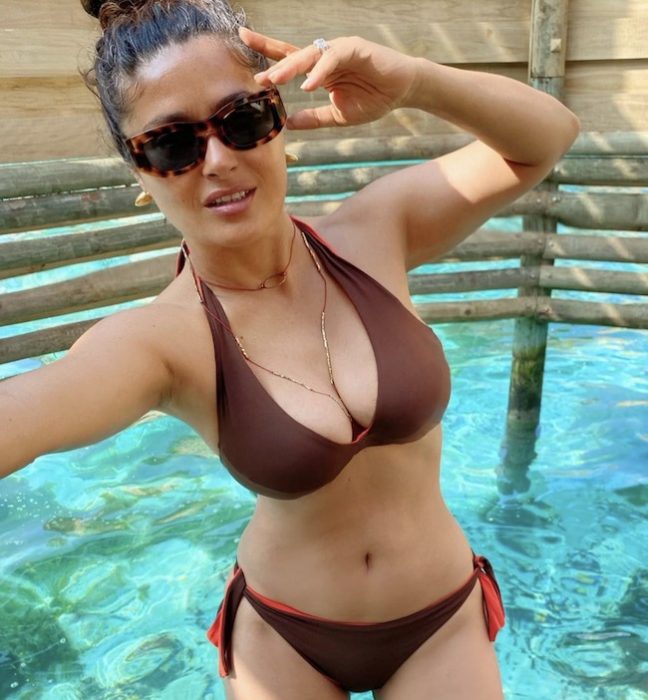 Hayek said she has absolutely no regrets and no plans to stop posting the cleavage busting photos: 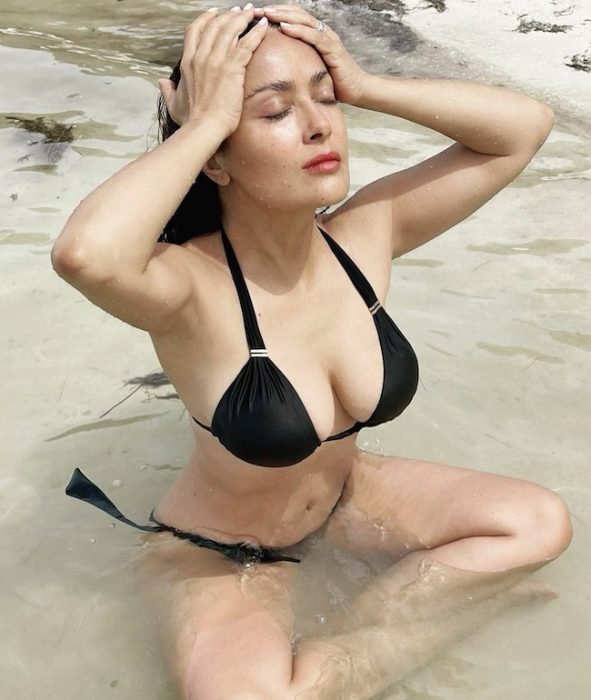 “I had to lose a lot of weight and exercise to get into the bikini towards the end of last year,” she said, telling ET that she took many photos once she got down to the size she wanted while on her trip. “I’m glad I took a lot of pictures, I have no shame on it, because it was the first week of the vacation.” She said that sharing the shots generally has been “liberating.” 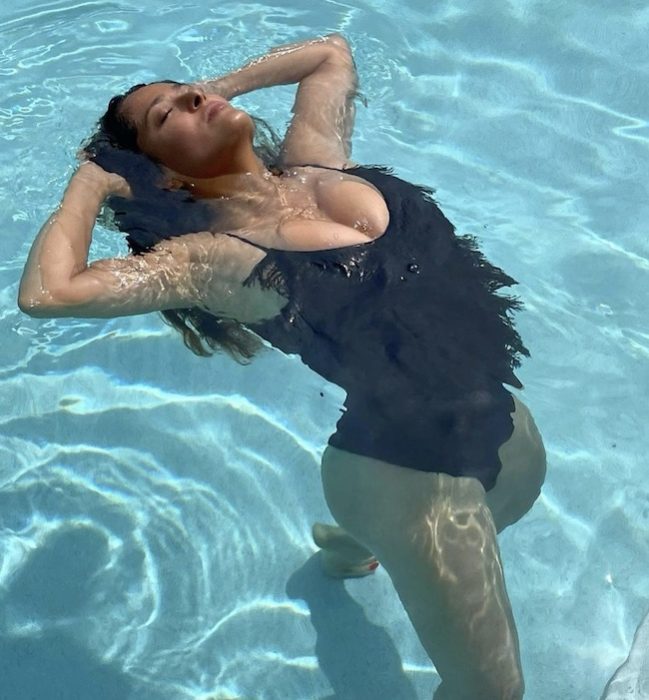 “I saved my pictures; I’m not in the same condition today, and I’m spreading the love out like every two weeks,” she admitted. “I’m going to put up another one. I’m almost running out of them, but I don’t know if you have that feeling, like, 2021!” 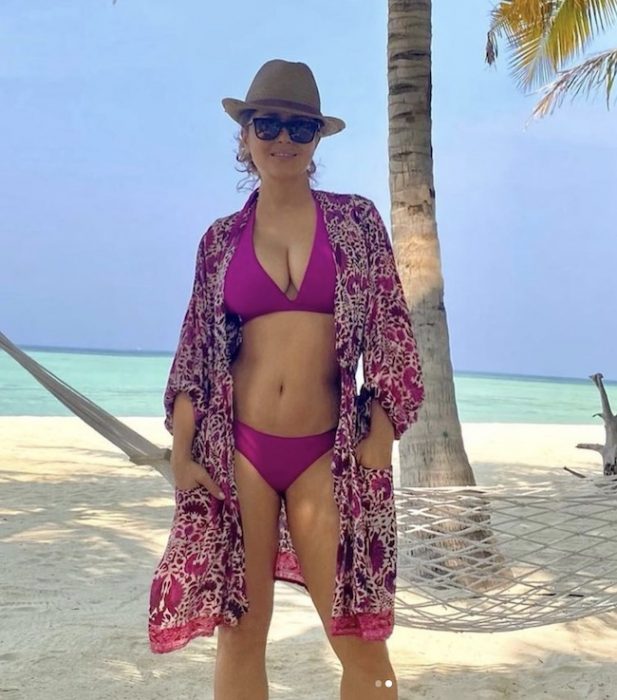 Yes, she’s aware some people may be over it, by the way. She’s not: “People are sick of it, but I’m going to let them take a break,” she joked. “They’re going to think I’m wearing a bikini every day. No, they’re all from the same location.”

Hayek has 17.3 million Instagram followers, for context. Her last bikini shot, posted on January 19, got over 2 million likes, reports MensHealth.