The cause of Laurinaitis’ death has not been disclosed. 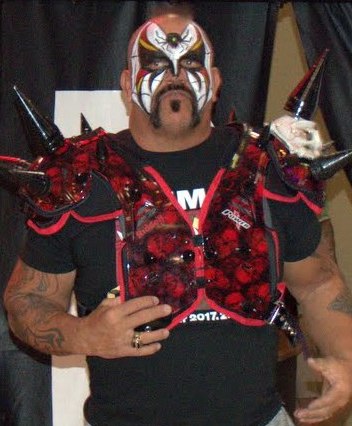 Laurinaitis was part of one of the most successful tag teams in pro wrestling history, The Road Warriors — also known as the Legion of Doom in WWE. He tagged with Mike “Road Warrior Hawk” Hegstrand, who died in 2003.

Hulk Hogan tweeted his condolences, saying, “RIP Animal, love you my brother, I know you and Hawk have a lot of unfinished business to take care of! God speed and blessings to your beautiful family.”

Known for their rough and tough, take-no-prisoners personas, as well as their face paint and spikes, Laurinaitis and Hegstrand were dominant, particularly in the 1980s, becoming tag-team champions in the AWA, NWA, WCW and WWE. The Road Warriors were a popular team both stateside and in Japan, where they were often featured attractions.

The Road Warriors were inducted into the WWE Hall of Fame in 2011 and received tag team of the year honors from Pro Wrestling Illustrated from 1983 to 1985 and in 1988.

Laurinaitis’ son James played parts of eight seasons as a linebacker in the NFL, including seven as a starter with the Rams. James Laurinaitis was a second-round draft pick of the Rams in 2009 after an outstanding college career at Ohio State, where he was a three-time All-American and two-time Big Ten Defensive Player of the Year.