JACKSON, MS. (THECOUNT) — Iconic rodeo clown Lecile Harris, who appeared regularly on “Hee Haw” and had roles in several movies and TV shows, has passed away. He was 83.

Harris passed away shortly after the final performance of the 55th annual Dixie National Rodeo Livestock Show and Rodeo, according to Thursday reports. 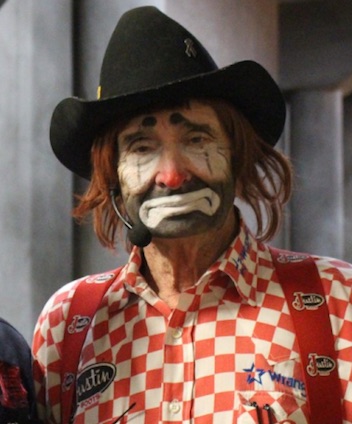 Harris was born in Lake Cormorant, MS. His list of achievements include his induction into numerous Hall of Fames, including the Mississippi Rodeo Hall of Fame. Harris also starred in the television classic “Hee Haw” for five years and has appeared in numerous movies and TV shows.

“All of us involved at the Dixie National are truly saddened today. Everyone from the staff here at the Fairgrounds, to the staff of Harper Morgan Rodeo Company, to our tens of thousands of loyal supporters, sponsors and fans. We all send our love and wishes to Lecile’s family, friends, and adoring fans around the world,” said Steve Hutton, Executive Director of the Mississippi Fair Commission. “While none of us ever wanted this day to come, we can’t imagine a more fitting way to celebrate his storied life. God gave us Lecile one more year here at the 55th Dixie National. One more year to laugh with him and laugh at him. He’s a legend. He’s not just a rodeo act, he’s a legend. I’ll cherish my last picture taken with him during his final performance ever.”