Ric Ocasek Last Will & Testament ‘And To Paulina I Leave NOTHING’

LOS ANGELES, CA. (THECOUNT) — Late “The Cars” frontman Ric Ocasek made legal maneuvers to remove his estranged wife, former supermodel, Paulina Porizkova, entirely from his will – less than a month before his death.

The couple, who split in 2017, had been in the midst of divorce proceedings at the time of the singer’s passing on Sept. 15. No less than one month before his death, Ocasek completely wrote the model out of his will citing, “their broken union.” 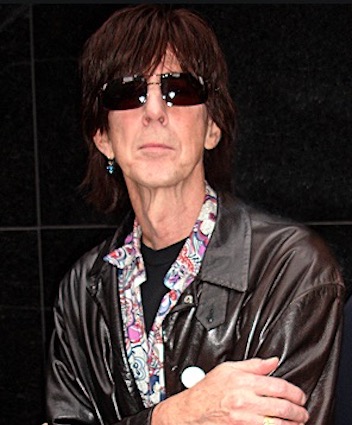 “I have made no provision for my wife Paulina Porizkova… as we are in the process of divorcing,” he stated in documents signed on Aug. 28, according to windsorstar.

“Even if I should die before our divorce is final… Paulina is not entitled to any elective share… because she has abandoned me.”

Ironically, Porizkova was actually the one who found Ocasek unconscious at the New York City home they once shared after stopping by to check in on him following a recent surgical procedure.

The 75-year-old was subsequently pronounced dead, with coroners ruling he died naturally from heart disease.

Ocasek appointed his friend and business manager Mario Testani as the executor of his estate, and a court filing reveals the musician’s fortune included $5 million in “copyrights” but just $15,000 in cash, and $100,000 in “tangible personal property”.