WASHINGTON, DC. (THECOUNT) — Chris Grant, one of the people President Trump honored for his heroism during a mass shooting in an El Paso Walmart last month was arrested by the Secret Service during his visit to the White House on Monday due to an outstanding criminal warrant, law enforcement officials told the Washington Examiner. Police say his tale of heroics does not match “video evidence.”

Grant was arrested by the Secret Service for being a “fugitive from justice,” according to a spokesperson for the Washington Metropolitan Police Department. 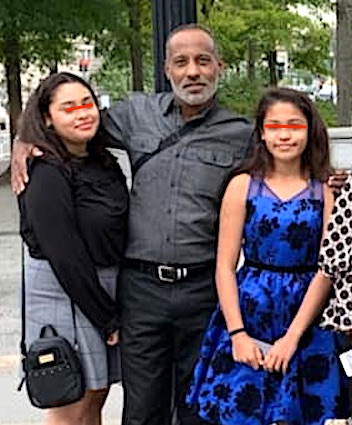 Grant, 50, was shot in the ribs and a kidney during the Aug. 3 rampage that claimed 22 lives. He was not present for a White House ceremony Monday, but his mother Minnie Grant, 82, accepted a signed certificate on his behalf, reports WashingtonExaminer.

A Gofundme account raised $16,917 on his behalf. Grant was photographed when he arrived at Washington’s Reagan-National Airport and outside the White House with his family.

“Nobody bothered to check with us,” said El Paso police spokesman Sgt. Enrique Carrillo. “They would have been informed, as I am telling you now, that our detectives reviewed hours of video and his actions did not match his account.” Carrillo said Grant was visible in footage from the store, but he did not say what he was doing during the massacre. “His statements were inconsistent with what was revealed on video,” Carrillo said.

Grant has a criminal record for theft and evading arrest, according to Texas court documents reviewed by the Washington Examiner. He was sentenced to eight months in prison for car theft in March, after pleading guilty to stealing a silver 2009 Mazda 6. In 2016, he pleaded guilty and was also sentenced to 18 days in jail for stealing TVs from a Sears in Richardson, Texas. He pleaded guilty to evading arrest in Collins County in 2016.

Geo quick facts: El Paso is a city and the county seat of El Paso County, Texas, United States, in the far western part of the state. The 2018 population estimate for the city from the U.S. Census was 682,669, making it the 22nd largest city in the United States – Wikipedia.