BLAINE, MN. (THECOUNT) — Elizabeth Vizuet, who performs in a crossbow act with her husband Hector Parazan performing with the Cirque Italia, was hit by a crossbow arrow Friday night in Blaine, Minnesota .

A circus rep says the husband uses a crossbow to shoot balloons across a stage being held by 28-year-old Vizuet.

The rep says that during their ten-year history together, Parazan has never missed until Friday night. Parazan checks his equipment before every performance but is now working to determine if there was a malfunction with the bow.

Police responded around 8:35 p.m. to the Northtown Mall parking lot for the woman hurt by an arrow at Cirque Italia — a traveling show making a stop this weekend in Blaine. Police say they found a woman had an injury to the area around her neck but it didn’t appear to be serious, reports FOX9. 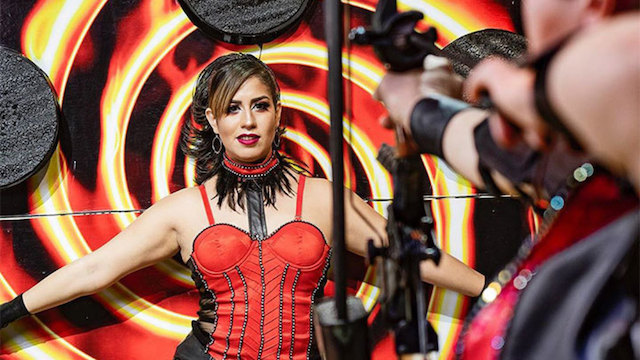 Police say Vizuet was last listed in stable condition at Hennepin County Medical Center. Officers also said the person who fired the shot indicated the crossbow may have misfired.

After the mishap, Vizuet was able to walk to an ambulance and was treated at the hospital. She was put on a breathing tube for a period of time but is expected to go home on Saturday.

Cirque Italia Water Circus shows will continue throughout the weekend in Blaine and has further shows scheduled in coming weeks in St. Paul, Duluth, Eau Claire, and La Crosse. 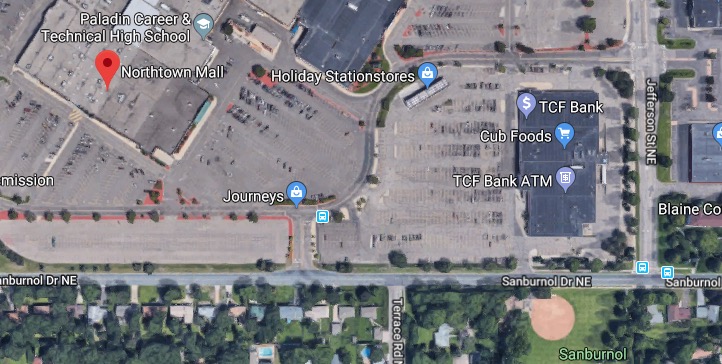 Geo quick facts: Blaine is a city in Anoka and Ramsey counties in the State of Minnesota. The population was 57,186 at the 2010 census. The city is located mainly in Anoka County, and is part of the Minneapolis–Saint Paul metropolitan area – Wikipedia.