EDINBURG, TX. (THECOUNT) — DPS has announced the sad news of the passing of Texas State Trooper Moises Sanchez, according to Saturday reports. 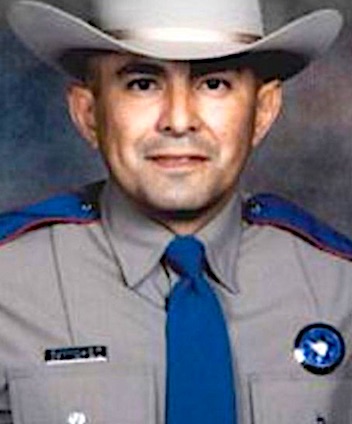 Sanchez, who was shot while in the line of duty in April, underwent surgery on Thursday night and was in critical condition on Friday.

He was transferred to Houston in June after his wife shared that he was stable enough to be transferred saying, “He cannot sit or stand unassisted. He has been able to take some steps with the assistance of the mechanical exoskeleton,” reports ValleyCentral.

Victor Alejandro Godinez, the suspect charged with shooting Sanchez on April 6, was in court this week. He is currently charged with three counts of attempted capital murder. His next court date was set for October.

According to DPS, the shooting happened around 8:45 p.m, after Sanchez approached a crash near 10th St. and Freddy Gonzalez in Edinburg. The driver involved in the crash fled the scene and Sanchez pursued and located him near the 1500 block of South Maltese St. when he was shot.

Geo quick facts: Edinburg is a city in and the county seat of Hidalgo County, Texas, United States. The population was 74,569 as of the 2010 census, and in 2016 the estimated population was 87,650. Edinburg is part of the McAllen–Edinburg–Mission and Reynosa–McAllen metropolitan areas – Wikipedia.