NEW YORK, NY. (THECOUNT) — We are now learning that Jeffrey Epstein ordered a cement truck and had it express shipped to his Caribbean island – three weeks before an article was published that led to investigators taking him into custody, DailyMail is reporting on Thursday.

Epstein, who was found dead by apparent suicide on Saturday, purchased the Carmix 5.5 XL self loading concrete mixer with optional speedy delivery to Little St. James on November 7 last year. 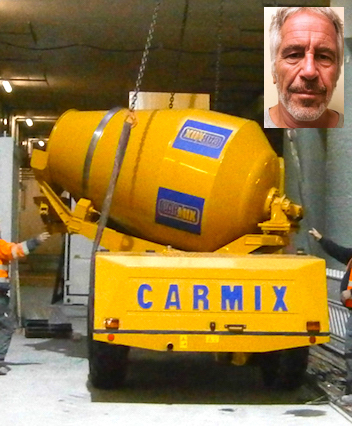 Epstein was in such a hurry that he paid for the machine up front so it would arrive sooner – even though it meant being responsible if it got damaged in transit, reports DailyMail. 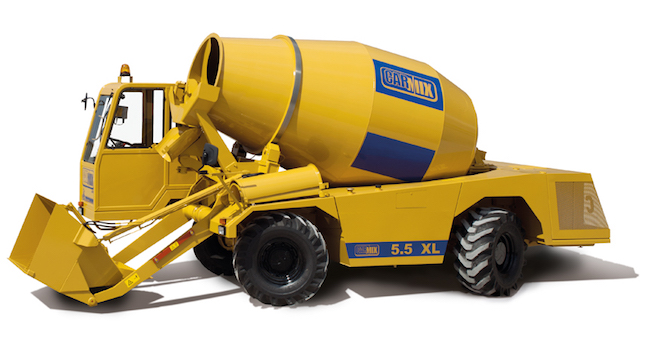 Three weeks later the Miami Herald published a series of articles called ‘Perversion of Justice’ on November 28, which eventually led to Epstein being arrested in July.

The person who claimed Epstein’s body was described only as an “Epstein associate, reports AOL on Thursday.” 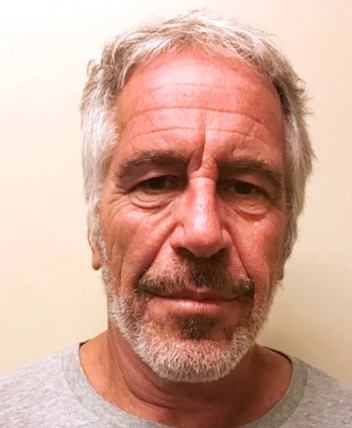 In other Epstein news, we are now learning his Manhattan mansion featured an oil painting of former President Bill Clinton wearing a blue dress and red high heels.

The painting was discovered by law enforcement hanging in a room in Epstein’s palatial townhouse in New York City, according to the New York Post.

“It was hanging up there prominently — as soon as you walked in — in a room to the right,” a source told the newspaper. “Everybody who saw it laughed and smirked,” reports BizpacReview.

The image is one of Clinton in the Oval Office, legs draped over a chair flashing red heels and wearing a blue dress reminiscent of the one infamously worn by former White House intern, Monica Lewinsky or by his wife Hillary.

DailyMail reported Wednesday that a visitor to Epstein’s luxurious Manhattan mansion confirmed the existence of the painting.

Epstein’s visitor, a woman who said she was meeting with the financier in 2012 to discuss a business proposal, spotted a grotesque image of America’s 42nd president through an open door, according to the Daily Mail. 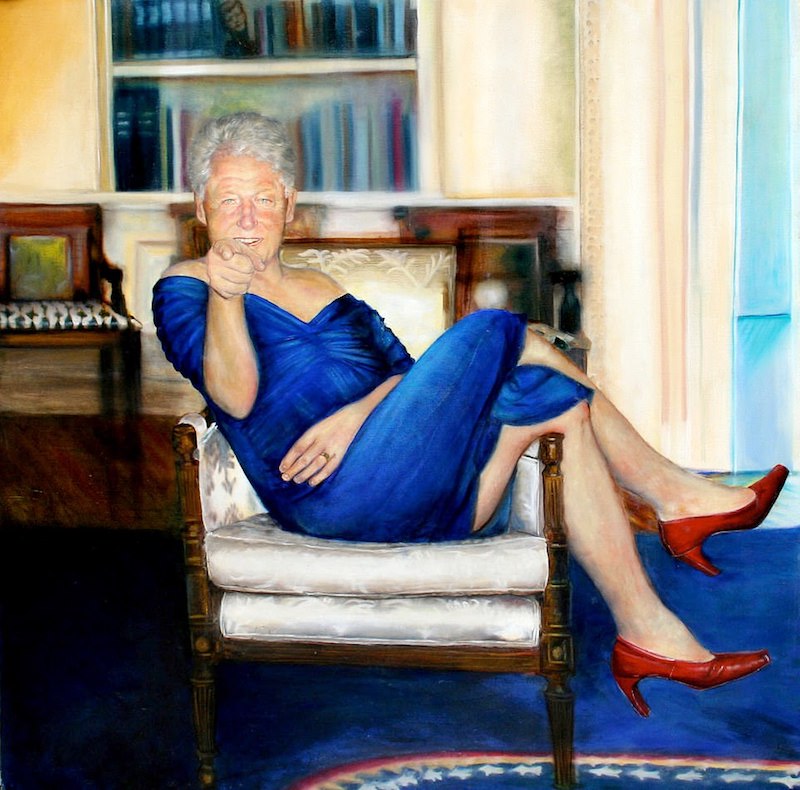 Meanwhile, the late Epstein sustained multiple breaks in his neck bones, deepening the mystery about the circumstances surrounding his “suicide” death.

“Such breaks can occur in those who hang themselves … but they are more common in victims of homicide by strangulation,” reports FlagAndCross.

TheCount.com has not independently substantiated the claims reported by FlagAndCross on Wednesday.

In related news and less than an hour before the first news reports surfaced that Epstein had been found unresponsive in his jail cell, a post about his death mysteriously appeared on a far-right message board.

Authorities now want to know who was behind the post, which contained medically accurate details about the financier and accused sex trafficker, reports NBCNews on Tuesday.

The New York City Fire Department, for its part, has determined that the information in the post did not come from its records, a department spokesperson told NBC News. Fire officials reviewed the post on 4chan, a forum popular with internet trolls and people in the so-called alt-right movement.

Correctional officers at the New York City prison housing, MCC, didn’t check in on Jeffrey Epstein for hours leading up to his apparent suicide on Saturday after his cellmate was transferred for reasons that were not immediately clear, according to DLM on Monday.

The New York chief medical examiner released the below statement Sunday regarding the completed autopsy of the late billionaire.