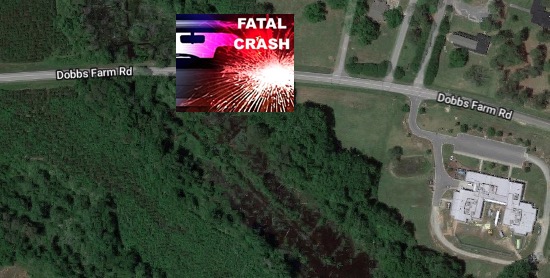 LENOIR COUNTY, NC. (THECOUNT) — Edna Smith, of Winterville, NC, has been identified as the victim in a fatal Kinston head-on crash Tuesday.

Smith, 63, was traveling east on Dobbs Farm Road, when for unknown reasons, Perry Miller, 44, of Kinston, crossed the centerline while heading west bound. Edna was pronounced dead at the scene of blunt force trauma injuries consistent with the violent collision.

Miller has been charged with misdemeanor death by motor vehicle, according to the highway patrol. source Anyone with information on the deadly crash should contact police at 911.