Who Is Max Spiers? And Was He Murdered Or Did He Die Of Natural Causes? 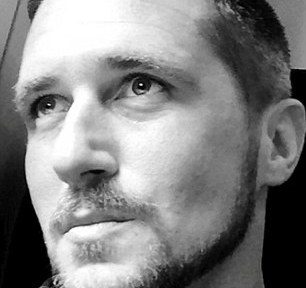 Conspiracy theorist, Max Spiers, is dead and the official cause of death is leaving friends and family with more questions than answers. Friends with Spiers at the time of his death say he vomited a mysterious black fluid.

Spiers, 39, was found by Polish authorities dead on a sofa. He was visiting Poland to give a speech on conspiracy theories and UFOs. Just days before his untimely death he sent a text to his mother saying “If anything happens to me, investigate.” Spiers was ruled to have died from natural causes despite no post-mortem examination being carried out on his body. Friends have claimed he died in a Warsaw apartment after he ‘vomited a black liquid‘. His dark investigations into UFOs and government cover-ups may have made him enemies who wanted him dead, claims his mother Vanessa Bates. Max was known as a ‘supersoldier’ by his followers and those in the conspiracy and supernatural community. In a chilling text message to Vanessa just days before his death, Max wrote: ‘Your boy’s in trouble. If anything happens to me, investigate.’ In one of his final social media messages he wrote, in a reply to a friend who asked how he was: ‘I’m good, I am just wayyyyyy too tired.’ Originally from Canterbury, Max was a former classmate with the actor Orlando Bloom. Vanessa said in a recent interview that Max was ‘exposing’ who was ‘dangerous in the world of government [and] the entertainment world.’ h/t dailymail Spiers lived in America for a few years, but had returned to the city to stay with his mother, before visiting Poland on business.