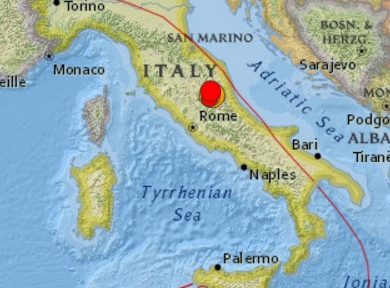 A magnitude of 6.2 earthquake struck Italy early Wednesday morning. There was no immediate information about injuries or damage. Widespread power outages have been reported.

According to earthquake experts, significant casualties and extensive damage were likely. The earthquake was reported to have struck outside Norcia, Italy, which is about 110 miles northeast of Rome. The geological survey said the population in the region lived in structures that were a “mix of vulnerable and earthquake-resistant construction.” h/t nytimes Residents on social media reported that electricity had been knocked out.