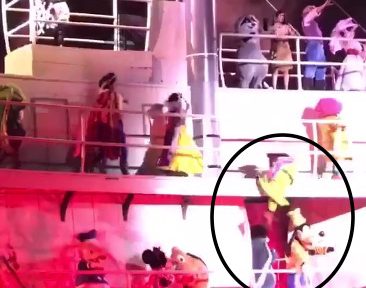 (Via WIOD) During Disney World Fantasmic! show at Hollywood Studios, video captured Dopey the dwarf misstepping on second level of a steam boat and falling under the railing.  He lands straight onto Goofy‘s head.

Paramedics checked out both cast members. They were treated on the scene. Disney is reviewing the incident.