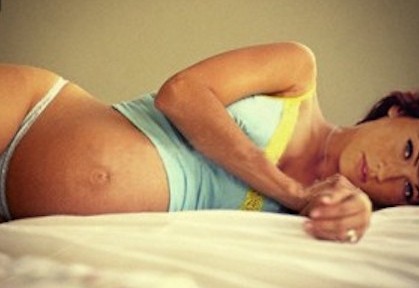 Megan Fox is going to be a mother again! It has surfaced that the Transformers star is pregnant with her third child.

Sources say Fox, 29, is expecting her third bundle of joy, and we know what you’re thinking! Isn’t she in the middle of getting divorced from Brian Austin Green? Well yes and no, and yes, we’re confused too. Fox is already a parent to sons Noah Green, 3, and Bodhi Green, 2, with estranged husband Brian Austin Green. The New Girl star filed for divorce in August, days after confirming the pair’s split after five years of marriage and 11 years together. However, in the recent months Fox and Green have been spotted together several times. h/t – Karen Mizoguchi The confusing couple were pictured stepping out in early March, in addition to reuniting to spend time with their two children, Noah and Bodhi.