Who Is Sarah Isgur Flores? And Did She Really Have An Affair With Ted Cruz? 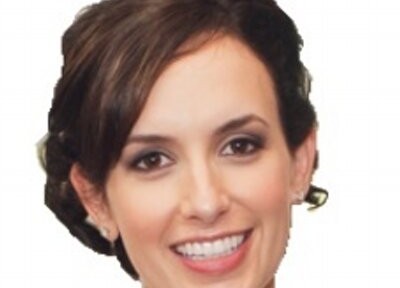 Sarah Isgur Flores was one of the most recognizable faces of Carly Fiorina’s failed campaign for the GOP nomination in 2016. In related news, the latest issue of the National Enquirer reports that Ted Cruz has had affairs with at least five women, Flores being mentioned as one of those five.

Flores was previously employed by the Texas Senator. Like Cruz, Flores is a graduate of Harvard. Since dropping out of the race, Fiorina has endorsed Cruz. Here’s what you need to know about Flores:

1. She Was Named as One of the Most Influential Latinos in Politics; Except She’s Not Latino

Flores appeared on a list published by the Huffington Post titled, “40 Under 40: Latinos in American Politics.” Though as she notes in the above tweet, although she was honored to be named, her ethnicity is actually Irish and Russian. Flores is her married name stemming from her 2011 nuptials to Chad Flores in Austin, Texas.

2. Her Husband, Chad Flores, Is One of the ‘Rising Stars’ of Appellate Law in America. According to his profile at the website for Beck Redden, a Houston law firm, Chad Flores is a “civil appellate specialist certified by the Texas Board of Legal Specialization.” The bio adds “for four years running, Thomson Reuters Super Lawyers has named him a “Rising Star” in appellate law.”

On his LinkedIn page, he says he graduated from the University of Texas in Austin as well as getting his law degree at the American University. He’s been practicing since 2007.

3. She Believes Cable News Cares More About Ratings Than About Democracy

During her appearance on MSNBC on March 23, Flores slammed the news media for following the Trump campaign so intently. She claimed that the news networks were more interested in ratings than in democracy.

You can watch the clip above.

During the clip, she told Rachel Maddow, “Donald Trump tweets something, all of Twitter ended over his tweet about Ted Cruz’ wife. The media has covered it endlessly.”

On her Twitter page, Flores described the appearance on MSNBC, “Had a great time talking shop last night w @maddow at 30 Rock. Reminded me of arguing w my super smart liberal friends (minus Thai takeout)!”

4. She Was the Political Director for ‘Texans for Ted Cruz’ in 2009

Flores has had a long and storied career in Republican politics. Her biggest role came in September 2015 when she was appointed as Carly Fiorina’s deputy campaign manager. In a statement, Flores told CNN, “Carly Fiorina is a sharp, thoughtful and committed conservative leader who believes in the limitless potential of all Americans, and I’m looking forward to getting started.”

The network notes that prior to joining the campaign, Flores worked as a communications director for the Republican party. She was also an advisor for Mitt Romney’s failed 2012 campaign.

On her Twitter page, where she goes by the moniker @WhigNewtons, Flores describes herself as, “Republican strategist and campaign junkie. Texan by birth, lawyer by education, cat lady by choice.”

In 2009, Flores worked on the “Texans for Ted Cruz” campaign, according to her LinkedIn page. She’s a graduate of Northwestern University and got her law degree at Harvard law, just like Cruz.

5. Flores Wrote in 2014 that the Democratic Party Tried & Failed to ‘Mislead’ Female Voters

Flores wrote a piece for GOP.com in November 2014 detailing that she believed the Democratic party had “Failed At Misleading Women.” The blog came after the Republican party pulverized the Democrats in the 2014 elections. In conclusion, Flores wrote:

“This is going to be a good day for women!” h/t theheavy