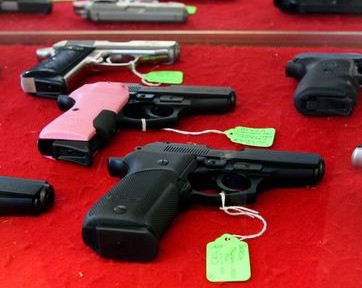 Two men, one in his 40s and the other 17, are dead in Pearl River County, MS., after a shootout at the McLemore Gun Shop. Two others are fighting for their lives at an area hospital.

The violence was sparked after a customer of the shop arrived to find the repairs on his weapon had not yet been completed. He became more agitated after a clerk informed him he would not waive a $25 service charge. A clerk phoned police, and before help could arrive, investigators say things became even more tense, and eventually sparked a gun fight. Although the identities of the victims cannot be released at this time, the sheriff did confirm one of the men killed was in his 40’s. The other victim was 17 year old. One of the wounded men is in his late 20’s, the other in his 50’s. Both were airlifted to nearby hospitals with serious injuries. One of the gunshot victims went to a Hattiesburg hospital, and the other man is now in a New Orleans medical center. h/t wdam

The coroner is on the scene, as well as other officials.