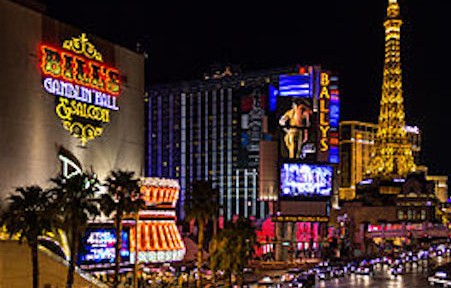 More than 20 people are reportedly down after a man drove into a crowd on the Las Vegas Strip in Nevada. The condition of the victims have not yet been updated.

Reports are coming from the scene say the Strip is closed in both directs and dozens of police vehicle and EMS are on scene. Unconfirmed reports say gunfire erupted near the scene of the accident, possibly inside the Paris Hotel. UPDATE #2: Police say early indications say the event was not terror related, however, all signs point to it being intentional. Woman driver living in Las Vegas for one week before incident.

UPDATE: Driver is woman who was later apprehended at the Tuscany Hotel. Several reports say she was traveling with a small child as she mowed down 37 people walking on the sidewalk near the Sammy Hagar’s Cabo Wabo Restaurant. One person has reportedly died. The Las Vegas Counter-Terrorism Task Force was on-scene as well at the FBI, state and local officials.