This Man Hasn’t Cut His Fingernails In 62 Years 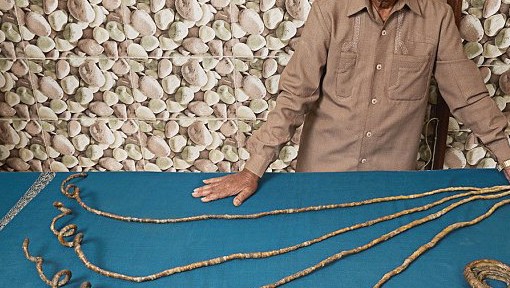 A man in India hasn’t cut his fingernails in 62 years, growing them out to a staggering 11 feet 7 inches.

Shridhar Chillal, 78, has has been entered into the Guinness Book of World Records after they confirmed he has the longest fingernails in the world on one hand. His left. Chillal began growing his nails out when he was 16, after a teacher who told him he would never appreciate how hard it was to lose a nail until he tried to grow them himself. h/t fox8

He said he is constantly moving to make sure he doesn’t crush them. He also plans to cut them at some point to donate to a museum.