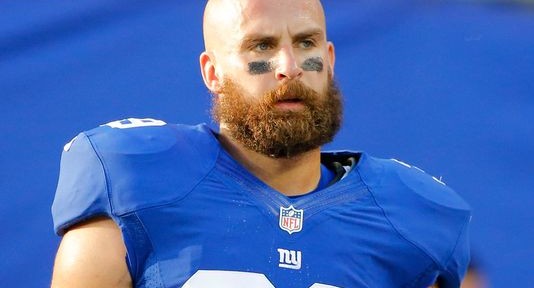 Former Iowa and NY Giants football player, Tyler Sash, was found dead inside his home. He was 27.

Sash was a sixth round selection with the New York Giants and played in a Super Bowl and was a member of an NFL Champion. He was cut from the Giants on Aug. 31, 2013. He starred for Oskaloosa High School as a multi sport athlete before committing to Iowa to play football. He was also an All Big Ten player. Sash had run-ins with the law, driving off on a scooter followed by police.  At one point, Sash ditched the scooter and ran away on foot. He plead guilty to the charge.

No details as to the cause of death have been released.

Our thoughts and prayers go out to Sash’s family and friends at this difficult time.