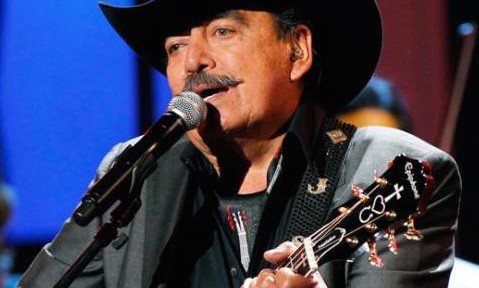 Joan Sebastian, known to his fans as, El Rey Del Jaripeo, has died. He was 64.

Sebastian lost his battle with bone cancer, passing away at his ranch located in Juliantla, Guerrero, Mexico. Several weeks ago it was announced that the singer had been hospitalized to undergo cancer treatment. El Rey Del Jaripeo’s son, Julián Figueroa, confirmed the news, “My father is not in the middle of a horrible crisis,” he said. “We are going to inform the public so they are aware and so they won’t worry about my father. What is happening is that he’s under a new treatment that they are testing on my father. They are doing it at the hospital so they can see the results. My father is stable, obviously with the implications of having cancer, but he isn’t in greater danger.”

Sebastian revealed that he was battling cancer in 2014 during a performance in Zacatecas.

Our thoughts and prayers go out to Sebastian’s family, friends and fans at this difficult time.