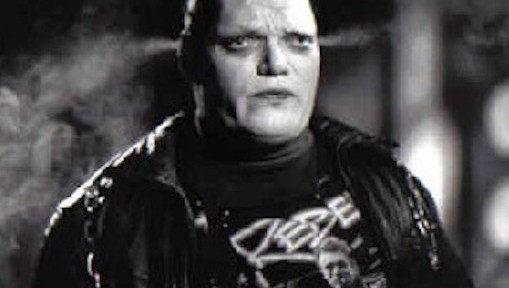 Irwin Keyes, the actor who starred in a countless movies and TV shows going all the way back to 1978, has died. He was 63. Mostly a character actor, Keyes may have been best known for his starring role as Ravelli in House Of 1000 Corpses. He also had recurring roles on everything from The Jeffersons, Married With Children and numerous TV series. A New Yorker, Keyes made his first big screen appearance in 1979’s The Warriors, in which he played a cop. He worked all the way up to the time of his death with roles in 2015 on Angel Investors, which is listed on IMDB as currently “filming,” and he had completed filming on the upcoming release, Portend, directed by Jeff Prugh. Irwin died on Wednesday in Playa del Rey, California, after suffering complications from acromegaly, a rare pituitary gland disorder. He is survived by wife Tracy Fontaine, who married in 2008.