Olivia Munn has a great agent because she just scored the role as Betsy “Psylocke” Braddock in the upcoming X-Men: Apocalypse. X-Man director and producer, Bryan Singer announced the news via Twitter on Monday.

Munn, who has previously starred in such classics as The High Fructose Adventures of Annoying Orange, Attack of the Show! and Three Matthew McConaugheys and a Baby, has also had bit parts in Chuck and Iron Man 2. 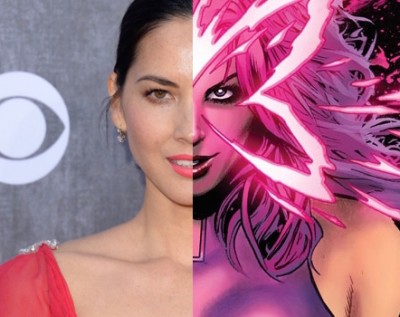 Apocalypse takes place a decade after Days of Future Past and is a seamless next step in the story. The altering of time has unleashed a new and uniquely powerful enemy. Psylocke was created by Chris Claremont and Herb Trimpe in 1976 for Captain Britain and later integrated more fully into the X-Men universe. She’s a model with powerful psychic powers and advanced martial arts training. h/t comicbook