”Checkin’ It Out” Singer Lil’ Chris Found Dead At 24 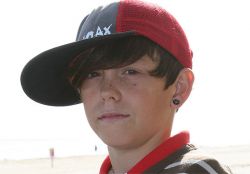 Chris released two albums, a self-titled debut in December 2006 and What’s It All About in October 2008. He also starred in several TV shows, including Celebrity Scissorhands, The Weakest Link and his own show Everybody Loves Lil‘ Chris. h/t mashable

Suffolk Police responded to an address in Union Road, Lowestoft, on Monday. Authorities did not comment on the cause of death, however stated they were not treating the it as suspicious.

Our thoughts and prayers go out to Chris’ family and friends at this tough time.