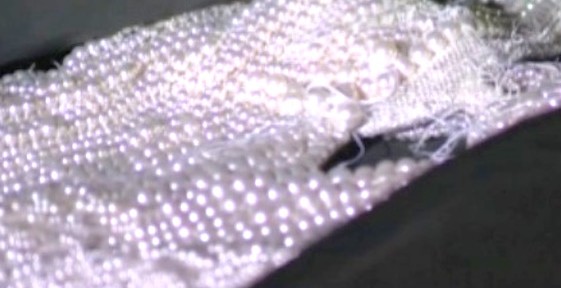 A news conference held by the L.A.P.D. over the return of Lupita Nyong’o‘s Pearl Oscars gown revealed the encrusted garment was delivered back after the thieves discovered the pearls were FAUX. It was reported the dress was worth $150,000.

An L.A.P.D. spokesman said, the robbers lifted a few pearls off the dress and took them to a jewelry shop in the garment district for appraisal, only to be be told they were pedaling nothing more than worthless beads. 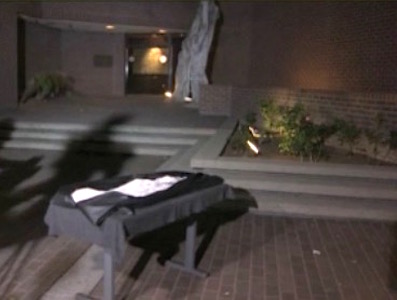 A guy called us at around 2:30 PM Friday and said he had taken the dress from Lupita’s hotel room after he noticed the door was ajar. He said he and others took 2 pearls off of the dress and took them to the garment district in downtown L.A. … where they were told they weren’t real. The thief says he decided to take the dress back to the London in a garment bag that was inside a trash bag that he deposited in a 2nd floor bathroom adjacent to a fitness center. h/t tmz

The theft sparked a massive undertaking by the L.A. County Sheriff’s Dept. to locate the missing threads. An expert estimated the dress to be valued between $800 and $1,200.