Popular Mexican singer, Ariel Camacho, has died after being involved in a traffic accident.

Camacho was leaving a concert with three others when the vehicle crashed. Photographs of the crash scene show the car totally destroyed. 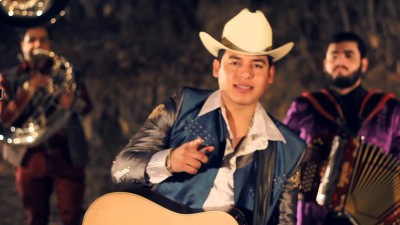 Camacho, already popular in his home state of Sinaloa and parts of the U.S. as a singer of the “grupera” genre, was touring when he was killed on Wednesday, Los Angeles-based DEL Records said in a statement. The studio said he was 22, though local media reported his age as 23. “My heart is broken by the loss of Ariel Camacho,” Angel Del Villar, CEO and founder of DEL Records, said in the statement. “Ariel was like a son to me. I knew he was going to transform the genre in Mexico and the United States. Millions of people would have become fans and would have gotten to know the man I did. We send our condolences to the families of all those involved in the accident.”h/t nydailynews

He was a guest performer at the concert of another band, Clave Azul, singing his latest hit, El Karma, in the town of Mocorito.