Hilary Duff has filed for divorce from husband Mike Comrie, this coming after reports surfaced Comrie was propositioning women at Mastro’s steakhouse in Beverly Hills.

Hilary cites “irreconcilable differences” as the reason for divorce. The soon to be ex-couple have been separated since January 2013. 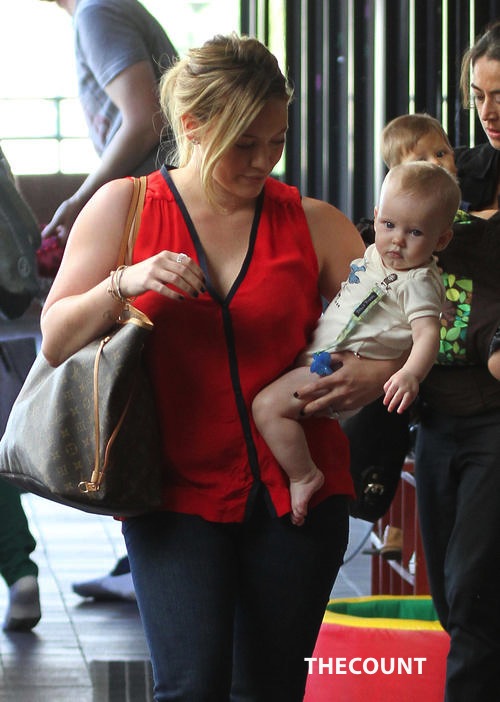 In the docs, Hilary asks for primary physical custody of their son, Luca, who turns 3 next month. She wants Mike to have visitation, but sources connected with the couple say she’s concerned that his partying and drinking could adversely affect their kid. The couple has a prenup, but neither spouse is struggling in the money department. Hilary wants her earnings and other stuff to remain her stuff. Hilary and her NHL star husband were married in 2010 and when they split Hilary’s mom, Susan, said, “They’re better friends than a married couple.” h/t tmz

Since their split they have been seen together from time to time, but now it’s pretty clearly over and out.