Brian Williams has been officially suspended for six months without pay, NBC has confirmed.

Lester Holt will continue to fill in until a permanent host is hired. 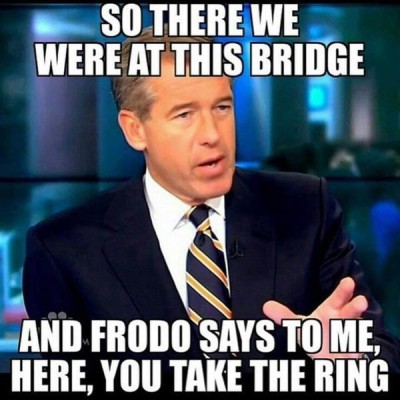 A permanent successor will be a major problem for the network, which was not anticipating having to replace the anchor of its “Nightly News” broadcast for some time. In December, Mr. Williams signed a new five-year contract reported to be worth $10 million a year. “This was wrong and completely inappropriate for someone in Brian’s position,” Deborah Turness, the president of NBC News, said in an internal memo. I think this could be his career in broadcasting over (apart from doing the rounds of the chat shows and apologising). It’s a very… I do not think this is a fair action by NBC. Shame on you. So, Brian Williams got caught up in the moment. I think anyone who has given what.. h/t nytimes

His departure culminated a rapid and startling fall from grace for Mr. Williams, who at age 55 was the head of the highest-rated evening news show, the winner of top industry accolades, a coveted speaker at dinners and panels and a frequent celebrity guest on entertainment shows.